Alfie Kohn writes and speaks widely on human behavior, education, and parenting. The most recent of his 14 books are SCHOOLING BEYOND MEASURE…And Other Unorthodox Essays About Education (2015) and THE MYTH OF THE SPOILED CHILD: Challenging the Conventional Wisdom About Children and Parenting (2014).  Of his earlier titles, the best known are PUNISHED BY REWARDS (1993), NO CONTEST: The Case Against Competition (1986), UNCONDITIONAL PARENTING (2005), and THE SCHOOLS OUR CHILDREN DESERVE (1999). 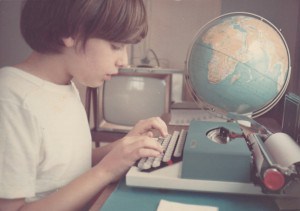 Kohn has been described in Time magazine as “perhaps the country’s most outspoken critic of education’s fixation on grades [and] test scores.” His criticisms of competition and rewards have helped to shape the thinking of educators — as well as parents and managers — across the country and abroad. Kohn has been featured on hundreds of TV and radio programs, including the “Today” show and two appearances on “Oprah”; he has been profiled in the Washington Post and the Los Angeles Times, while his work has been described and debated in many other leading publications.

Kohn lectures widely at universities and to school faculties, parent groups, and corporations. In addition to speaking at staff development seminars and keynoting national education conferences on a regular basis, he conducts workshops for teachers and administrators on various topics. Among them: “Motivation from the Inside Out: Rethinking Rewards, Assessment, and Learning” and “Beyond Bribes and Threats: Realistic Alternatives to Controlling Students’ Behavior.” The latter corresponds to his book BEYOND DISCIPLINE: From Compliance to Community (ASCD, 1996), which he describes as “a modest attempt to overthrow the entire field of classroom management.”

Kohn’s various books have been translated into more than two dozen languages. He has also contributed to publications ranging from the Journal of Education to Ladies Home Journal, and from the Nation to the Harvard Business Review (“Why Incentive Plans Cannot Work”). His efforts to make research in human behavior accessible to a general audience have also been published in the New York Times, Atlantic Monthly, Parents, and Psychology Today.

His many articles on education include a dozen widely reprinted essays in Phi Delta Kappan during the ’90s and ’00s. Among them: “Choices for Children: Why and How to Let Students Decide,” “How Not to Teach Values: A Critical Look at Character Education,” “Test Today, Privatize Tomorrow,” and “Why Self-Discipline is Overrated.”

Kohn, the father of two grown children, lives (actually) in the Boston area and (virtually) at www.alfiekohn.org.

The introduction to Kohn’s 1998 anthology What to Look for in a Classroom offers a brief intellectual autobiography, reflecting a bit on his time as a teacher and explaining how some of his later writings grew out of the subject matter of his first book. To read that essay, click here.